It’s getting to that time of year again where the dark, eerie nights are drawing in and the pumpkins are coming out ready for Halloween. As for marketers, this is their chance to be as inventive and ingenious with their marketing campaigns as they can be! Even though Halloween might be a bigger tradition in the US than it is here in the UK, it’s safe to say it’s definitely a tradition that has increased in popularity in the past 5 years. In fact, according to Statista.com, consumer spending on Halloween in the UK last year was a whopping £419 million which is almost double the spending back in 2013 which was £230 million.

When researching the best Halloween marketing campaigns ever created, it’s clear that there’s a running pattern when it comes to the most lucrative campaigns…food and drink. When you think about it, this makes sense when the celebration is based around dressing up in the best spooky costume you can find and knocking on people’s doors for sweets!

So, let’s have a look at some of the most spooktacular Halloween marketing campaigns over the past few years and why they were so successful!

Kicking off the top 5 is Burger King, a multinational fast-food chain serving nearly 100 countries worldwide and renowned for its big whoppers! Burger King invented #ScaryClownNight back in 2017 where they created a marketing campaign to tell customers that if they visited a Burger King restaurant dressed up as a clown on October 31st, they would bag themselves a free WHOPPER® sandwich. If this doesn’t temp burger lovers to visit the fast-food chain, we don’t know what will!

The brand used the tagline, “Even clowns should eat like kings” in their social media posts for the campaign which is perfectly apt because it incorporates both Halloween and their most well-known product. For those of you that are fans of Stephen King’s phenomenal yet terrifying tale called IT, Burger King’s advert probably also evoked vivid memories of the novel as soon as you started watching (and it’s fitting that Burger KING connected themselves to Stephen KING)! However, this wasn’t the end of the chilling marketing campaign. A 90-second video was also created of a petrified boy on his bike being chased by a clown that looked very similar to a clown you may be familiar with from another famous fast food-chain…

The video was very much like a traditional horror film with gloomy lighting and eerie music and sound effects to create suspense. It ended with the tagline, “Come as a clown, eat like a king” which became the prominent slogan for the Halloween campaign. If you dare to watch, you can check out the video below!

The next marketing campaign on the list is a little more for the adult Halloweeners! This Halloween campaign by Jӓgermeister back in 2016 really got everyone involved. They encouraged pub-goers to dress up as zombies and go to their nearest #jagerzombie party for a chance to win a zombie battle experience for them and three mates. To enter, you had to take a photo of your horrifying zombie outfit and post it on Instagram using #jagerzombie. This is a great way to promote customers to buy Jӓgermeister but also bring adults together to celebrate Halloween with a chance to win a prize, it’s a win-win!

The Halloween campaign was promoted traditionally on table cards which were a great idea because at the local pub is exactly where they’re going to find their target market! The #jagerzombie parties were also widely promoted on Jӓgermeister UK’s social media channels where they enticed followers with a series of posts leading up to the spectacular.

These posts included zombie videos, a video on how to make their ghoulish cocktail creations and even a smaller competition involving the chance to win a personalised Jagermeister bottle! Making ourselves into a zombie isn’t exactly something we do daily, right? So, Jӓgermeister’s Instagram page even featured how-to videos to encourage followers to get their winning costumes prepared!

After Marks and Spencer announced that they were converting 45 of their clothing and home stores into Simply Food outlets in 2016, the award-winning retailer decided to focus on captivating their customers at Halloween through frighteningly tasty treats instead! There’s not really any better way to promote your brand during Halloween than by using what everyone is shopping for, sweets and chocolate!

Let’s face it, we’ve all had at least one Colin cake at a children’s birthday party in our lifetime so this Halloween marketing campaign was bound to attract kids and their families, whether it was for a Halloween themed party or just for the trick or treaters! Mark’s and Spencer’s used Instagram and Facebook to showcase their ghoulish products 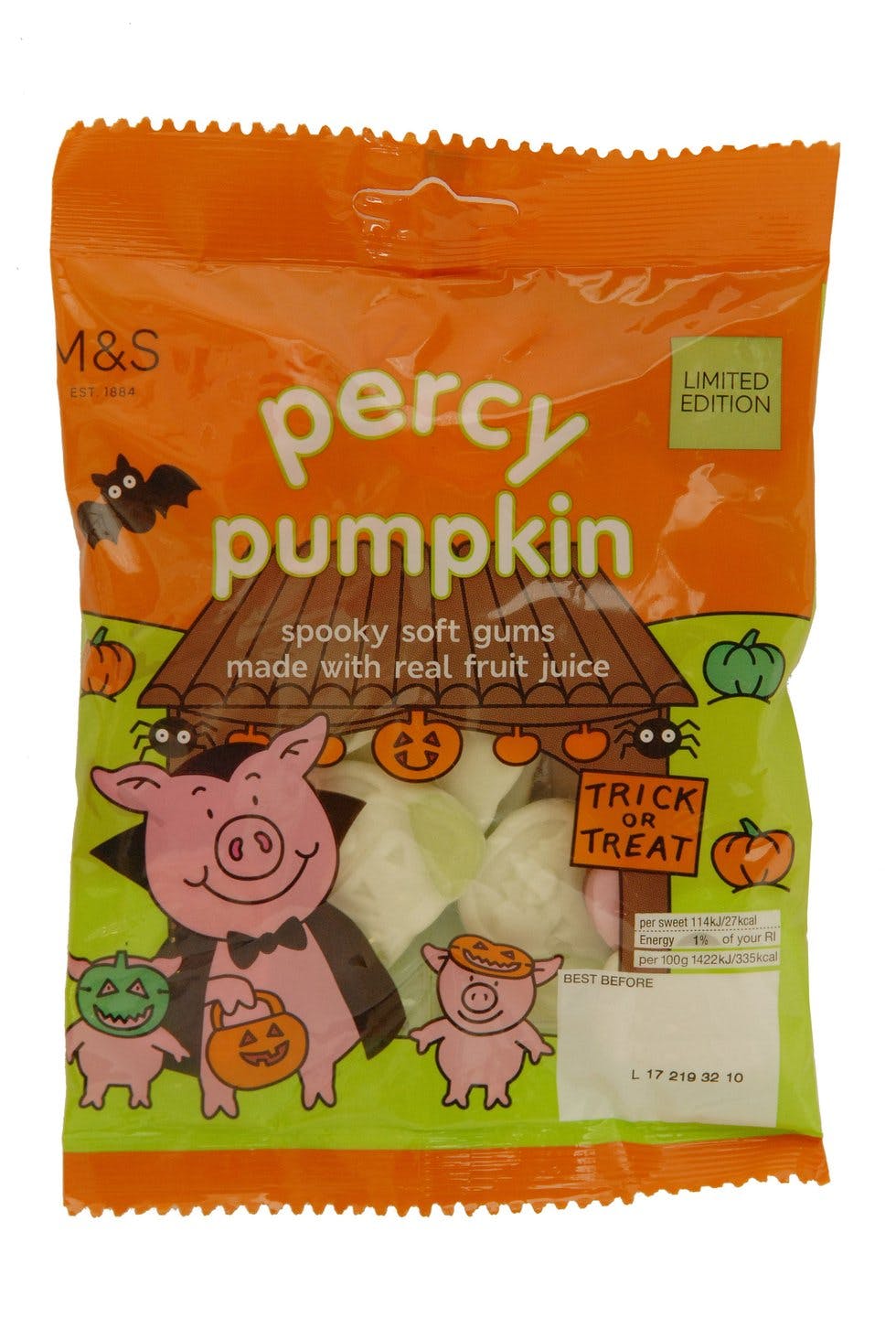 With the increasing popularity of TV series’ and Netflix having over 118 million subscribers worldwide, Topshop wasn’t making a bad move when it decided to team up with the 97% matched Netflix original, Stranger Things. The collaboration featured an exclusive limited-edition collection of retro-inspired tees and sweatshirts.

The multinational fashion retailer wowed customers at its Oxford Street store in London with a Halloween marketing campaign to promote the exclusive collection. The bewitching pop-up featured a replica of Hawkin’s lab, the famous arcade and Will’s Castle Byers den all from the hit series. The campaign also allowed customers to enjoy a screening of the series in-store and the chance to “strangeify” their online shopping experience with a themed website. It was all promoted on their Instagram page using #TopshopTopmanxStrangerThings.

This campaign was horrifyingly brilliant because it didn’t just lure Halloween fanatics into Topshop, but it also promoted the second series of Stranger Things to the millions of shoppers in the UK! Another win-win opportunity for both Netflix and Topshop!

When it comes to seasonal holidays, we all know that Coca-Cola never fails to impress! In fact, this seems to be a tradition for all of Coca-Cola’s creations, including Fanta. In 2018, they released limited edition Halloween cans featuring vampires, skulls and other spooky designs which came with a unique QR code that could be scanned to unlock fun branded Snapchat filters such as bats, pumpkins and skulls.

The experimental collaboration also came with two new Fanta flavours, Blood Orange Zero and Pink Grapefruit Zero which made the marketing campaign even more enticing for customers. Coca-Cola then went to promote the new flavours on their Facebook page, posting a frightfully funny prank video with a giant tarantula. Every kid loves Halloween, sugary drinks and Snapchat, so what better way to promote Fanta than to combine everything that kids love!?

The fact that the promotion did so well last year meant Coca-Cola only went and continued the legacy into this year, but this time they have introduced Fanta Dark Orange which is a black coloured Fanta exclusive to Asda stores. Now, you can’t get any more original than that! 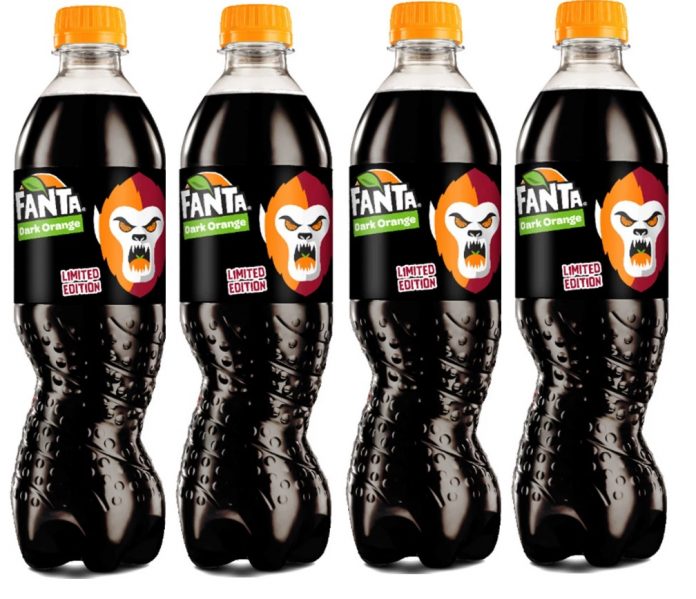 Do You Need Guidance With Your Marketing Campaigns?

If you need some advice on an existing marketing campaign of yours or you would like guidance on creating a new campaign, Halloween themed or not, feel free to contact our marketing experts on 01733 602020 or click here to get in touch today!