Since yesterday morning the SEO community has been on high alert, carefully watching an unconfirmed Google update now named Fred. The mysterious ‘update’ seems to target more of the link quality aspects of the overall algorithm.

The ‘black hat’ (versus ‘white hat’) SEO community appears to be making the most noise with regards to this update, suggesting to us that Fred, may be well and truly be spam related in some way, shape or form.

The amount of speculation regarding this potential update is endless, whilst some in the industry think it’s an update related to link quality or anchor text diversity, others believe it might just be the Google spam team doing their jobs.

Nevertheless, automated tracking tools have currently been showing a significant amount of volatility and fluctuation which is another strong indicator of an update – leaving some webmasters rejoicing and others complaining about their decline.

Here’s an example below of someone who’s suffered quite drastically from the potential update;

Why haven’t Google confirmed nor denied?

This isn’t the only update that’s gone unconfirmed by Google, back in early February, we noticed a large content quality update and a link spam-related update. Meaning it’s unlikely that they will confirm nor deny this one as well.

In fact, all we’ve heard from the Google team, John Mueller and Gary Illyes in particular, are the typical comments Google make all the time; 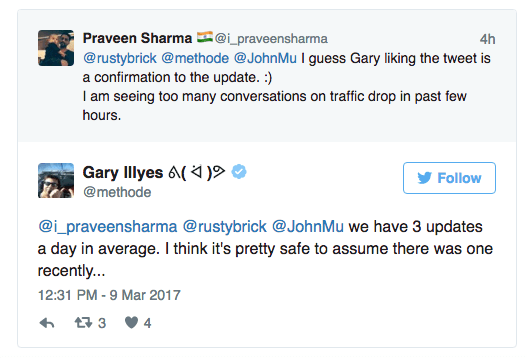 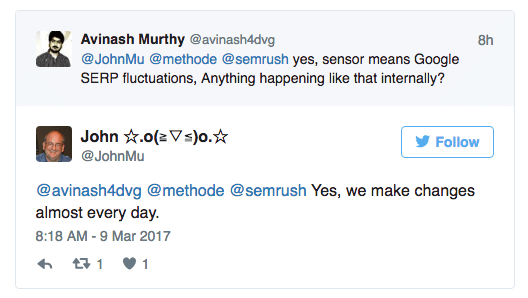 If and when Google decide to confirm or deny the update, we’ll keep you posted. Just follow us on Facebook and Twitter for the latest updates regarding the ‘Fred’ and other SEO news in the industry.