How Augmented Reality is offering real change for digital marketing

Well, you’re probably reading this article on a device which was recently produced. You could be using a computer/laptop, tablet or smartphone right now and this device has more than likely been bought in the last 10 years. This means you are probably aware of Augments Reality, if not, then it’s worth immersing yourself into what this holds for marketing agencies right now and for the future.

The most impressive machine we have seen so far has to be the Microsoft hololens. Recent news of the Hololens 2 which is currently being advertised through the interweb. With the original hololens only available to developers and commercial properties, the price tag is very off-putting for consumers right now; Developer edition priced at $3000 (£2719) and the commercial version from $5000 (£4529) – this is a heavy price tag.

That being said, are we scared by the price when we consider that this is very different to VR? Probably. With VR you are not aware of your surroundings unless you know the layout of the room you are standing in. On a side note, we would strongly recommend NEVER trying a VR headset whilst in the back seat of a car, very disorientating and will make you feel very out of touch with actual reality. This is where Augmented Reality becomes the advancing step towards separate realities. 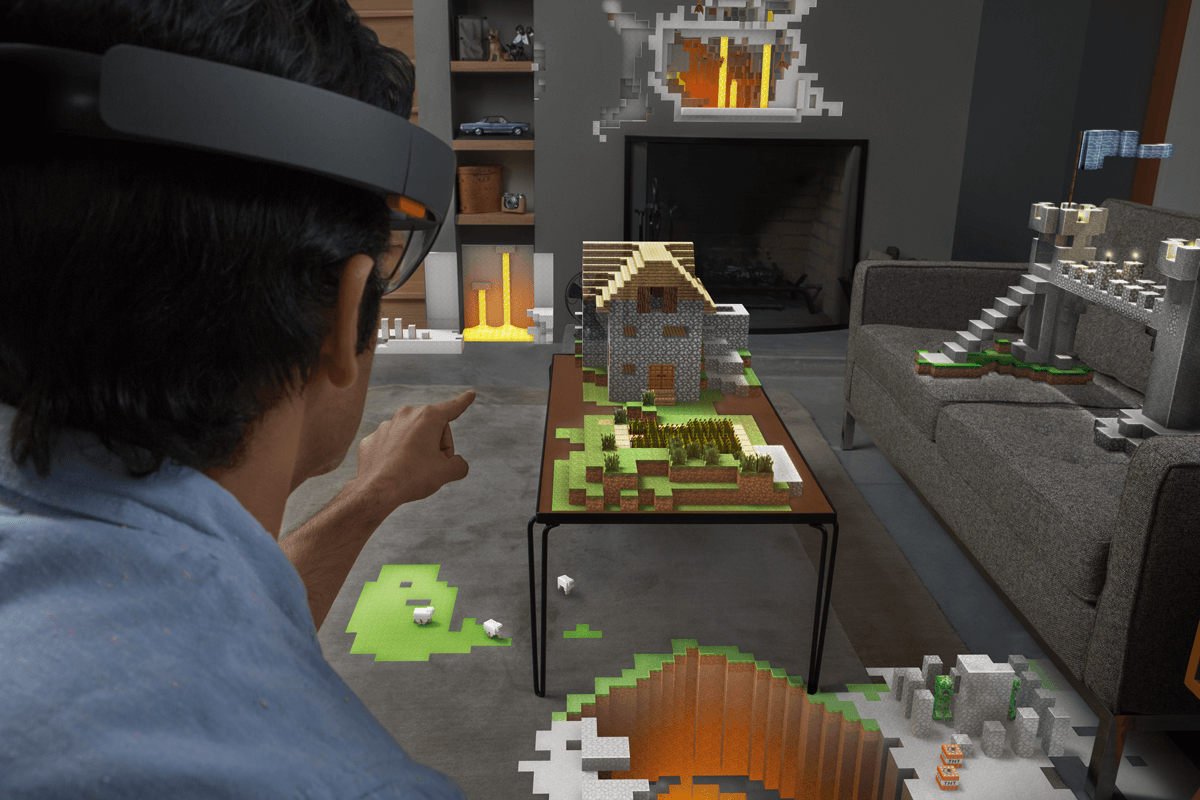 Whilst it looks like all fun and games, let’s get serious about the possibilities presented by such an astounding move in technology. Effectively, you could be working from home and you know you’ve got a tonne of tasks/work to get through but also collect the kids, do the food shopping, run little jimmy to karate in the after school club. Imagine being able to do the food shopping on the move whilst you take care of the more important tasks.

An augmented world offers a direct link to the physical realm as well as a digital world. Many movies have fantasized about this, we actually saw a prop in the 2nd Tomb Raider movie which showed us Google Glass in its early stages. This looked somewhat awesome but we all know how quickly Google Glass fell to its demise. For those who don’t know, the reason why you don’t know is that the technology was sniffed at by almost everyone as being far too basic, however, Snapchat has pretty much taken that idea and adopted it for themselves.

Sounds pretty cutthroat in terms of the delivery of technology to the wide world versus consumer opinion. It can be a huge gamble. This is something we have noticed with the Hololens. Effectively, Microsoft was going to release a consumer version following the introduction of the developer version, BUT decided not to and then showed us the Hololens 2. Which looks far more impressive.

With tech giants like Google, Microsoft, Samsung, HTC, Oculus, Facebook & Snapchat, we can expect that this digital world available to us right in front of our eyes, is going to present a whole heap of opportunity in the digital marketing radar. 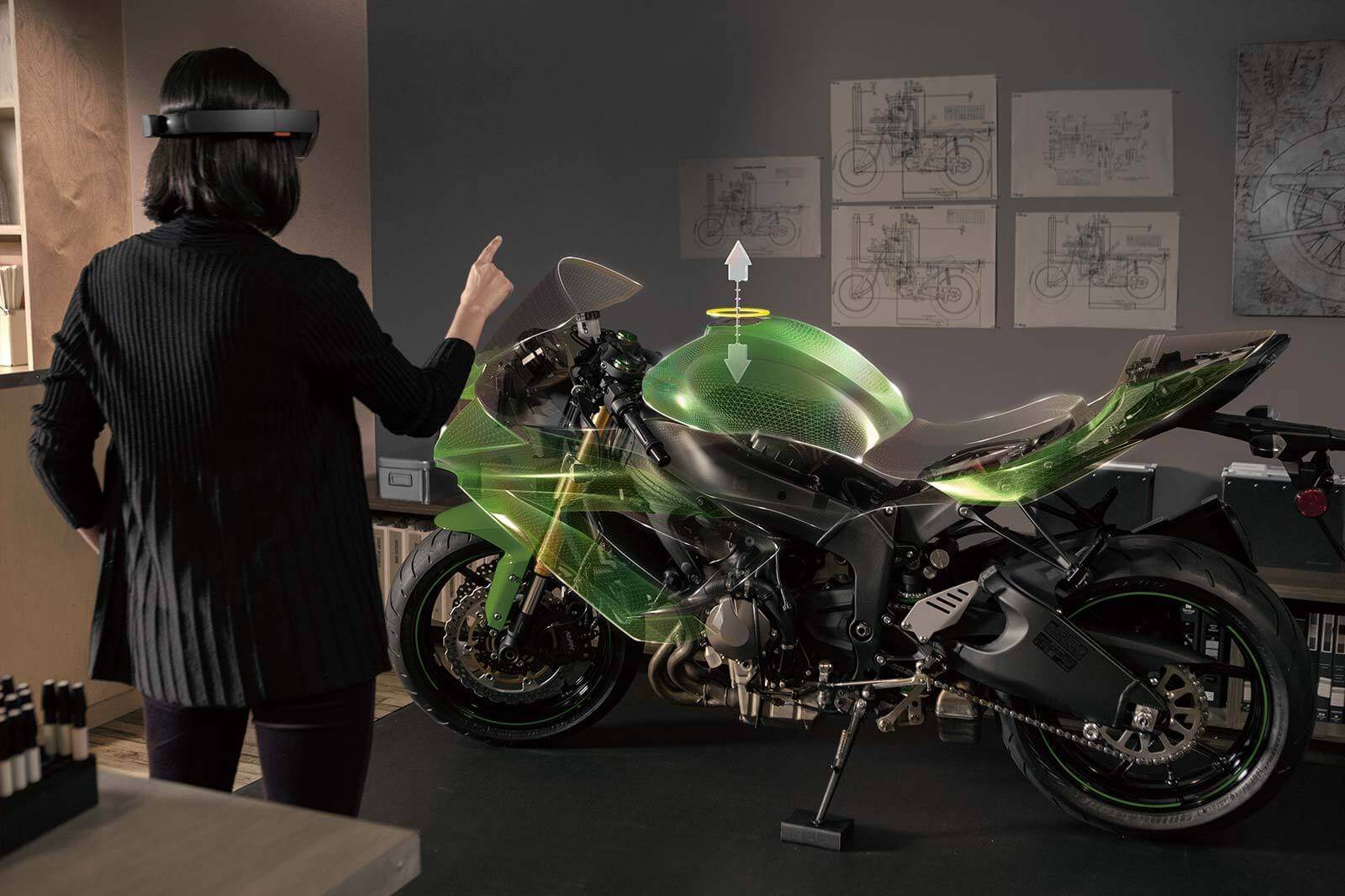 We’ve already seen people ditching their screens to make way for Augmented Reality in the workplace but what is more, fun is how you can use AR to communicate with your audience.

Recently, Pepsi uses this technology to visually entice an audience that was well thought through. The victims/audience were sat at a bus stop waiting to continue on their journey but instead of a boring usual wait at the bus stop, Pepsi had a surprise for them. This included a tiger, Aliens, A massive octopus and a man descending to the ground having hit the side of the building adjacent whilst holding onto a whole load of balloons.

Pretty impressive thinking on behalf of Pepsi, however, not all of their advertising goes to plan. We won’t discuss what Miss Jenner did as it simply doesn;t class as successful marketing, feel free to use the Google if you’ve been living like a hermit.

We are also seeing that AR is being used in replacement of bulky and cumbersome SATNAV’s, one example of this F-35 Heads up display style feature is the NAVDY. (See if you can find the moment another ‘youtuber’ found on this video where due to product placement, they have put a Bentley badge on a Ford Fusion).

Another good example of how Digital Marketing gets affected by this move to visual stimulation and data analysis is Magic Leap, This is a company who are pushing out some incredible visuals. The favorite we feel is the Whale Crashing in a school gym with what is most likely 100% captive audience. This is why the marketing industry needs AR because it can offer engagement on a brand new level.

Since you’ve been so interested in what happens next in the industry, here’s a video that shows how the world of Marketing is being influenced by new technology. We hope you have enjoyed reading our summary of highlights in this industry, in the very near future we may well be using Facebook’s Social VR to talk with you in person!